For my first FoodTraNet secondment I moved to Madrid, Spain, from September to December 2022. Madrid is a major European capital with a population of circa 6.7 million people. It is a very lively city with numerous tourist attractions, including the historic Plaza Mayor and the Royal Palace, as well as Prado museum with paintings by famous Spanish artists such as Picasso and Velazquez, and the beautiful Retiro park. It is a multicultural city, which is something I really enjoyed, given the opportunities to meet people with many different backgrounds. I also had the chance to visit other cities nearby, such as Valencia, Segovia and Ávila. Naturally, during this time I had the opportunity to significantly improve my Spanish-speaking skills. 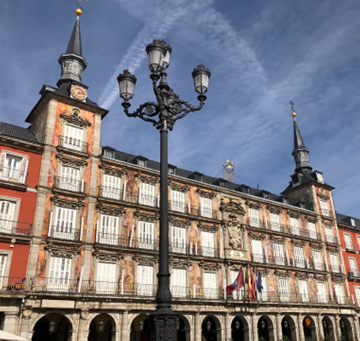 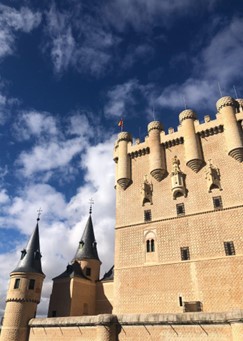 My secondment took place at the laboratories of the National Institute for Agricultural and Food Research and Technology (INIA), which is integrated into the Higher Council for Scientific Research (CSIC). I joined the Environmental Chemistry group of the Department of Environment and Agronomy and I was very lucky to be surrounded by experienced professionals who were willing to share their knowledge with me and offer their support whenever it was needed. It was also great to be in the same workplace with two fellow ESRs: Maria Antonietta Carrera (ESR 5) and Harshit Sahai (ESR 7), and to gain a better understanding of their work.

Previous research at the Environmental Chemistry group and my supervisors at INIA has included the determination of contaminants (such as mycotoxins, antibiotic residues and pesticides) in various matrices, including for example fish feed, cereals, water and soil. My research project involved the determination of mycotoxins in flours by LC-MS/MS. The presence of mycotoxins in food products is a worldwide issue, with several countries having implemented regulations and guidelines as to the maximum levels permitted. One of the most widely used techniques to detect and quantify food contaminants, including mycotoxins is LC-MS/MS, due to its high selectivity and precision.

My research project involved the determination of mycotoxins in flours by LC-MS/MS. 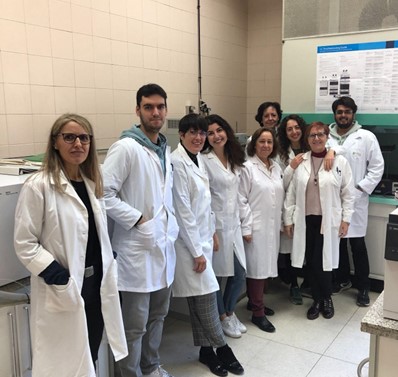 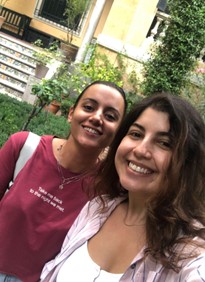 We tried different extraction methods and proceeded to optimize and validate the selected method before analyzing commercial samples. We managed to produce a significant amount of data and put our problem solving skills to use in order to overcome all technical challenges. Everyone was very warm and welcoming from day one and I am very grateful to have been part of this group, even for such a short amount of time.

It was the first time that I visited Spain and I can definitely say that I left with the best impressions of both the people and the place.